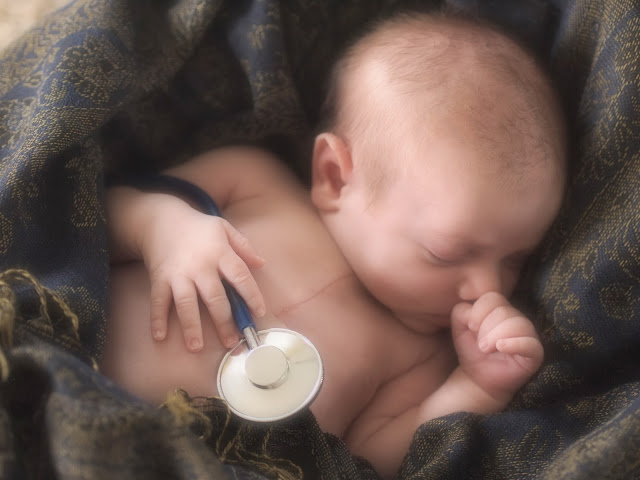 “The heart is the household divinity which, discharging its function, cherishes, nourishes, quickens the whole body, and is indeed the foundation of life, the source of all action.”  -William Harvey

Finally, the record of his life's foundation: his birth story and his operation. He's now three months old.  The tell-tale scar has faded and stretched and smoothed and is so much a part of him that I forget it is there. His health seems vital and familiar as he gurgles happiness at me or energetically churns the bath water like a spring bird.  Or when sedated with warm milk and secluded by the deepness of night, he curls his tiny arms around me, completely relaxed, sighs a rosy cheek upon my shoulder, and across the skin of my neck: breathes. The experience of his birth, whether or not it changed him, certainly changed me.  Breathing is a big deal to me now.  I imagine each quiet inhalation, measured with ease, as boundless and recurrent as a wave, misting oxygen all the way to the ends of his tiny fingers. Then he exhales and I revel in it.  It comes from simple astonishment at the reality that we were able to keep him.
[G] was born with transposition of the great arteries (TGA).  After his 13-day hospitalization that allowed so little time for reflection, and the mental scourge of long-term nighttime feedings, I have forgotten so much that I'm sure to make mistakes in my attempt to retell it--errors not only impacting mere details but also pivotal moments.  I'm sorry for all the gratitude that may be left unspoken, and for the medical terminology I am sure to mix up. Nevertheless, the confused fragments that remain in my recollection may be of some importance.
"Transposition of the great arteries" (as defined here,) "is a birth defect that occurs during fetal development.  There is no identifiable disease or cause.  The main symptom is a cyanotic or blue baby appearance, caused by a general lack of oxygen in the body's tissues."  He would have gone blue, and then he would have died.  But I'm getting ahead of myself. 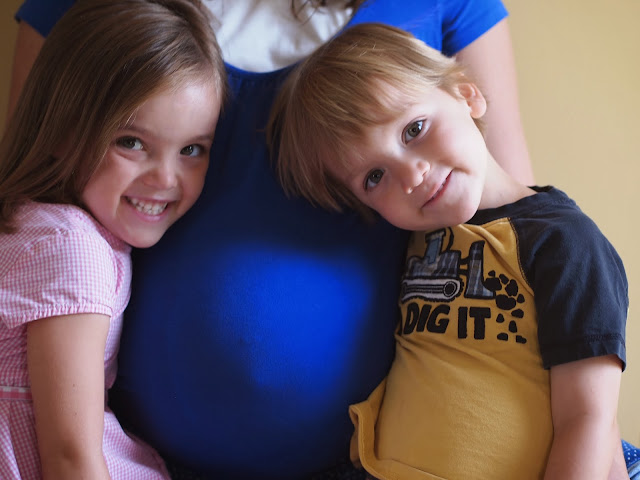 Here we are on the due date. The four ultrasounds that were taken as part of my prenatal care went well.  (Sometimes babies can be diagnosed with TGA before they are born, although his treatment plan wouldn't have changed much had we known.)  Nothing during pregnancy showed any indication that the health of the baby was at risk.  It was an enviable pregnancy (uh, except that I was miserable and horrifically sick the entire dismal time).
We postponed the induction as long as we could.  I was almost ready to go on my own.  I was even having regular contractions for 6 or 7 hours every day.  I admit, I looked forward to the end of the pregnancy almost as much as I looked forward to the new baby.

I checked into Baptist Memorial Hospital for Women at 40 weeks and four days.  It was 4:30 a.m. Our sweet friends Cami and Nathan were willing to take our other two kids, though I cringe to think how early their day began.  Valerie and Kelsie were all set to take turns sitting later on.  I expected to see [C] and [A] that afternoon as soon as the baby was born. 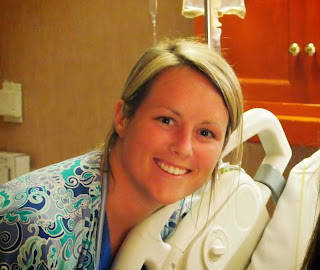 I started Pitocin at 6:50 a.m.  Having tried twice for a natural labor, I knew my limits and didn't feel the need to tempt myself. Although I welcomed the "opportunity" (should it arise) to go without an epidural (if, for example, my labor was so short that there wouldn't be time), I planned on getting some help this time.  My contractions were easy enough to deal with on my own for the first 5 hours.  By then, I was only a "4." I received the epidural and proceeded to have a very easy birth.  In fact, I think they went a little overboard on the medication because I was numb up to my armpits.  The nice thing about epidurals is that they work magic on restless leg syndrome.  In addition to that, the sharp sciatic nerve pain that had accompanied my pregnancy since the 8th week was now undetectable.  Back pain too.  Apart from the familiar nausea I knew would go away by dinnertime, I was blissfully comfortable.  Naturally, I took a nap.  I'm not kidding.  I think they had to wake me up to start pushing.  I was giving birth, and it was the best day of the pregnancy.
My OB/GYN, Dr. Fleming, is a riot.  Her enthusiasm and optimism is contagious.  She has a way of causing people to whisper, "I love her" after she's left the room.  She arrived and everything looked great.  I warned her that I was really numb.  After 9 hours and 24 minutes of [easy] labor I pushed three times and we were done.  He was born at 4:14 p.m.
As they handed him to me, we saw his face and couldn't help but call out in unison how beautiful he was.  He gazed in my direction and he was handsome.  There's a faint sense of stranger anxiety when you're waiting to meet your child for the first time.  I know, we spent 9 intimate months in close quarters, but I couldn't help but feel like I barely knew him.  I knew he liked to play at 9:00 p.m. and I knew that he could tell when I was reading a story aloud, but that was it.  Who would he become?  What would he need? Would I be enough for him?  Could he sense that my love for him was already bursting at the seams?
To my delight, he was in my arms and against my heartbeat in seconds.  There was an amazing feeling of wholeness and warmth and connection. Meanwhile, my checklist-loving mind was still waiting for a good cry... and it bothered me that all he offered were discontented grunts.  Surely he was breathing, that wasn't the problem--he just didn't seem too happy about it.  Quickly, and probably oblivious to my anxiety, the nursing team cleared his throat and vigorously rubbed his back with towels.   I apprehended that his tight fists were a little bit purple.  His toes too.  In those first few minutes, I pointed it out casually.  Paul also noticed, as did my doctor.  But things were going so normally that we passed over the fact (hmm ...that's cute ... purple fingers ...) fully expecting it to pass over us.  Besides, we were busy being jubilant.
After a few minutes, I let Paul hold him.  They became friends instantly. 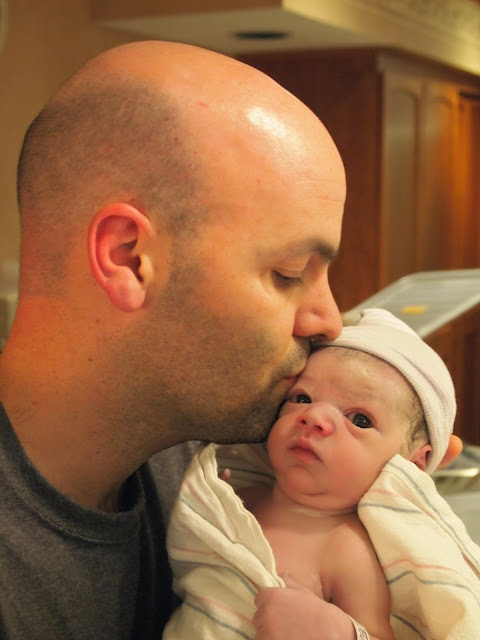 Then he nursed while Paul called my parents to share the good news.  The knowledge that he was able to nurse once helped us before and after surgery when he had to find a way to latch onto other things.  At least I knew we had had those moments together when they wheeled him away and I wasn't sure if there would ever be a second feeding.
(More tomorrow . . .)